Harry Potter and the Chamber of Secrets

Author: J.K. Rowling
Between the new spirit spooking his school and the mysterious forces that turn students into stone, Harry has a lot on his mind as he begins his second year at Hogwarts School of Witchcraft and Wizardry....

Author: Gabriel Garcia Marquez
One Hundred Years of Solitude tells the story of the rise and fall, birth and death of the mythical town of Macondo through the history of the Buendía family. Inventive, amusing, magnetic, sad, and alive with unforgettable men and women -- brimming with truth, compassion, and a lyrical magic that strikes the soul -- this novel is a masterpiece in the art of fiction....

Author: J. R. R. Tolkien
A great modern classic and the prelude to The Lord of the Rings. Bilbo Baggins is a hobbit who enjoys a comfortable, unambitious life, rarely traveling any farther than his pantry or cellar. But his contentment is disturbed when the wizard Gandalf and a company of dwarves arrive on his doorstep one day to whisk him away on an adventure. They have launched a plot to raid the treasure hoard guarded by Smaug the Magnificent, a large and very dangerous dragon. Bilbo reluctantly joins their quest, unaware that on his journey to the Lonely Mountain he will encounter both a magic ring and a frightening creature known as Gollum. “A glorious account of a magnificent adventure, filled with suspense and seasoned with a quiet humor that is irresistible . . . All those, young or old, who love a fine adventurous tale, beautifully told, will take The Hobbit to their hearts.” – New York Times Boo...

Author: Kohei Horikoshi
What would the world be like if 80 percent of the population manifested superpowers called “Quirks” at age four? Heroes and villains would be battling it out everywhere! Being a hero would mean learning to use your power, but where would you go to study? The Hero Academy of course! But what would you do if you were one of the 20 percent who were born Quirkless? Middle school student Izuku Midoriya wants to be a hero more than anything, but he hasn’t got an ounce of power in him. With no chance of ever getting into the prestigious U.A. High School for budding heroes, his life is looking more and more like a dead end. Then an encounter with All Might, the greatest hero of them all, gives him a chance to change his destiny…...

On The Come Up

Author: Angie Thomas
This is the highly anticipated second novel by Angie Thomas, the author of the #1 New York Times bestselling, award-winning The Hate U Give.Sixteen-year-old Bri wants to be one of the greatest rappers of all time. Or at least win her first battle. As the daughter of an underground hip hop legend who died right before he hit big, Bri’s got massive shoes to fill.But it’s hard to get your come up when you’re labeled a hoodlum at school, and your fridge at home is empty after your mom loses her job. So Bri pours her anger and frustration into her first song, which goes viral…for all the wrong reasons. Bri soon finds herself at the center of a controversy, portrayed by the media as more menace than MC. But with an eviction notice staring her family down, Bri doesn’t just want to make it—she has to. Even if it means becoming the very thing the public has made her out to be. ...

Author: Renée Ahdieh
Instant New York Times Bestseller!New York Times bestselling author Renée Ahdieh returns with a sumptuous, sultry and romantic new series set in 19th century New Orleans where vampires hide in plain sight.In 1872, New Orleans is a city ruled by the dead. But to seventeen-year-old Celine Rousseau, New Orleans is a safe haven after she's forced to flee her life as a dressmaker in Paris. Taken in by the sisters of the Ursuline convent in the middle of the carnival season, Celine is quickly enraptured by the vibrant city, from its music to its fancy soirées and even its danger. She becomes embroiled in the city's glitzy underworld, known as La Cour des Lions, after catching the eye of the group's enigmatic leader, Sébastien Saint Germain.When the body of one of the girls from the convent is found in Sébastien's own lair--the second dead girl to turn up in recent weeks--Celine battles her... 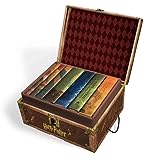 Author: Brandon Sanderson
The sequel to the New York Times bestseller Skyward!From the #1 New York Times bestselling author of the Reckoners series, Words of Radiance, the Mistborn trilogy, and the Stormlight Archive comes the second book in an epic series about a girl with a secret in a dangerous world at war for humanity's future.All her life, Spensa has dreamed of becoming a pilot. Of proving she's a hero like her father. She made it to the sky, but the truths she learned about her father were crushing. The rumors of his cowardice are true--he deserted his flight during battle against the Krell. Worse, though, he turned against his team and attacked them. Spensa is sure there's more to the story. And she's sure that whatever happened to her father in his starship could happen to her. When she made it outside the protective shell of her planet, she heard the stars--and it was terrifying. Everything Spensa has b...

Author: James Dashner
A must-have gift for every collection—from the die-hard Maze Runner fan to the YA book lover just coming to the series to the binge reader who’s catching up before wathcing the blockbuster movie franchise! This boxed set has all of the paperback books in the #1 New York Times bestselling Maze Runner series: The Maze Runner, The Scorch Trials, The Death Cure, The Kill Order, and The Fever Code. When Thomas wakes up in the lift, the only thing he can remember is his name. He's welcomed to his new home, the Glade, by strangers—boys whose memories are also gone. Outside the towering stone walls that surround the Glade is a limitless, ever-changing maze. It's the only way out—and no one's ever made it through alive. Join Thomas and the Gladers in all five books in the Maze Runner series as they uncover the secrets of the maze; discover WICKED, the shadowy organization who put them...

Author: Koyoharu Gotouge
Tanjiro sets out on the path of the Demon Slayer to save his sister and avenge his family!In Taisho-era Japan, Tanjiro Kamado is a kindhearted boy who makes a living selling charcoal. But his peaceful life is shattered when a demon slaughters his entire family. His little sister Nezuko is the only survivor, but she has been transformed into a demon herself! Tanjiro sets out on a dangerous journey to find a way to return his sister to normal and destroy the demon who ruined his life. After dealing with several demonic enemies aboard the Infinity Train, Tanjiro, Zenitsu and Inosuke must face the demon spirt of the train itself! Even if they can stop the demon train, the minions of Muzan Kibutsuji are still out there and Tanjiro must continue to improve his strength and skills. Learning the secret of the Hikonami Kagura and Flame Breathing will give him a powerful new advantage....